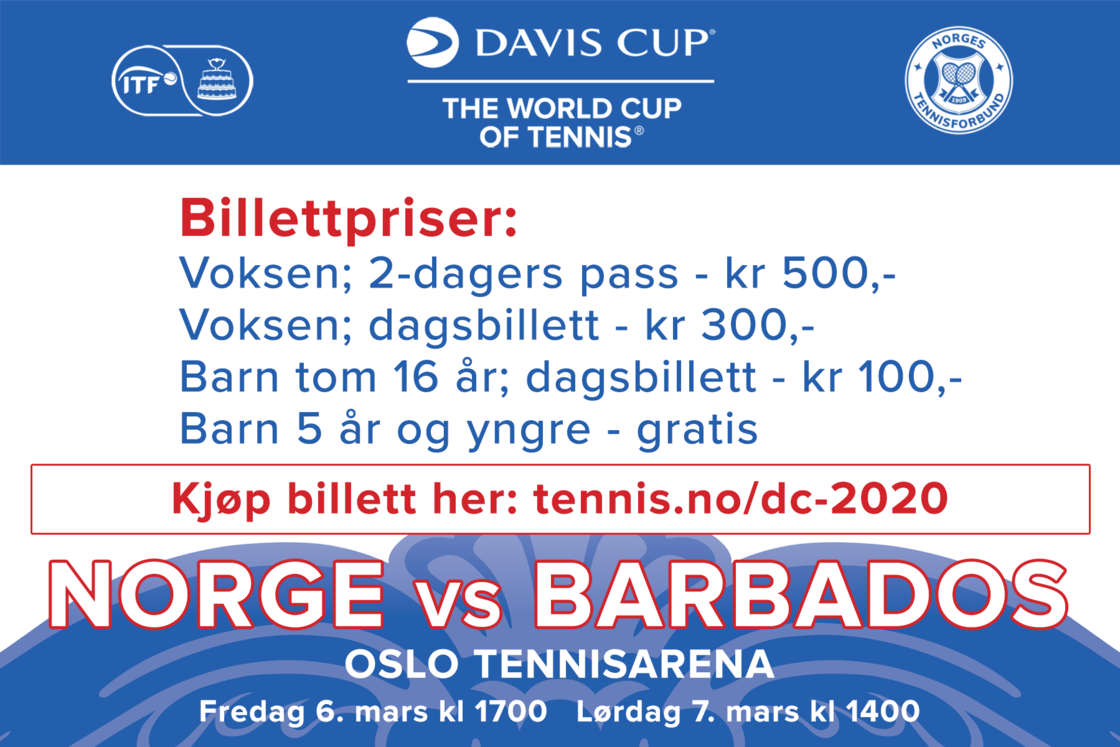 The ticket holder hereby agrees to comply with the terms and conditions set forth herein and required by Norges Tennisforbund, hereafter NTF, of the Davis Cup.